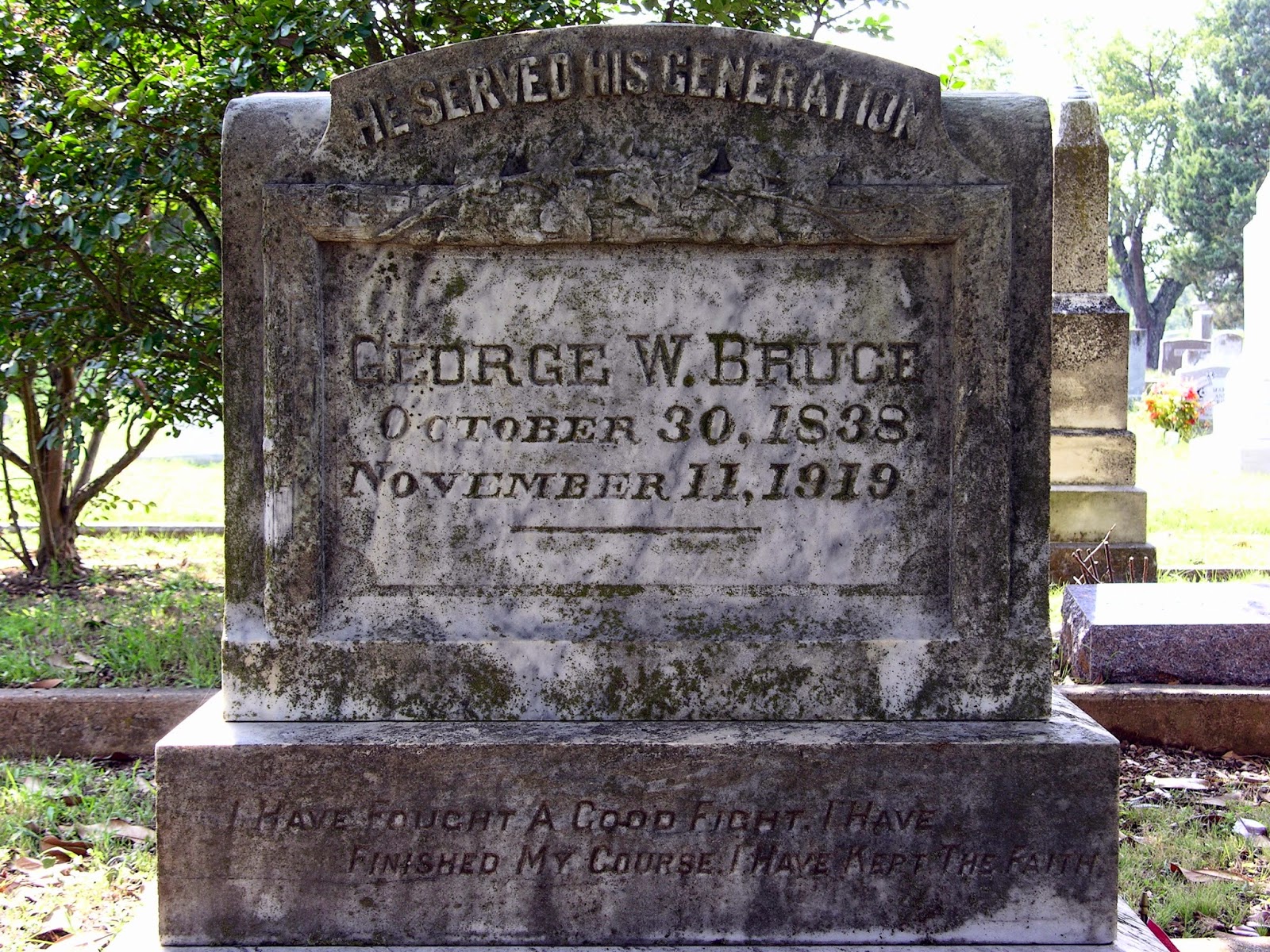 George W. Bruce was born in South Carolina, but moved to Georgia following the death of his father in 1841. He enlisted in the Confederate Army, took part in the second Battle of Manassas, advanced to the rank of colonel, and was captured by the Union and held in a Federal prison until the end of the war. After moving to Conway in 1873, Bruce became instrumental in establishing both Central Baptist College and Hendrix College. He also practiced law and tried the first murder case in Faulkner County; his client was acquitted.[1] Bruce became the first president of the Oak Grove Cemetery organization on March 9, 1880. He was elected to the State House of Representatives in 1881 and served as mayor of Conway from 1917-1919.[2] The street on which Oak Grove Cemetery was built was later named Bruce Street in his honor.